A 20 year old girl who had been in care due to abuse throughout her childhood and was released into the community to try and live a normal life. This girl suffered abuse when one of her neighbors (Anthony Luckman, late forties) forcibly entered her home with a hammer and threatened  her in her bedroom while she slept, he was chased out by a friend of the girl  who was in the the living room sleeping on a couch. Why you ask?

The girl, was meant to be having a rave and was getting everyone to jump on the floor to disturb his daughter in her room a floor below. There was in fact no drug fueled rave by this girl, but a rowdy drunken party held at a apartment along the hall. Its reported he telephoned a friend to come over and bring a baseball bat to sort the fuckers out, the friend is reported to have told him to grow up and politely ask them to keep noise down, but instead chose to threaten and frighten the girl with the hammer (we have yet to confirm directly from the friend the conversation, ed). Luckman of course waited until he thought the revelers had gone and the girl was alone.

Also claiming this girl had throw scent bottles at his daughter, we have confirmation that the girl was at a wedding during this so called attack and could not have possibly performed this (so either the daughter is deranged like the daddy or he is a liar ed).

Not satisfied with this.
This asshole then used superglue on the girls apartment door lock the next day (another courageous act).

Not satisfied with this.
He sent a text to the girls landlord with outrageous story that she was holding a rave party with drugs and alcohol (interesting, as we have confirmation it wasn't her party, ed).

Not satisfied with this.
He located her father (who is unwell) via Facebook and gave him the same story.

Not satisfied with this.
He located one of her profile pictures (we can do this too, ed) and posted it on his timeline with more tales of this great drug ridden rave and the fact the girl does this deliberately to cause his daughter (not too bright, ed) to be stressed out and fail at school. This creature then proceeded to persecute this girl as a demon who deliberately stamps on the floor and throws perfume bottles out of the window at his daughter. The same friend of this creature posted his disbelief and contest at this FB story and was then unfriended because of the challenge to the content and photos being posted, and the persecution of this girl.

Not satisfied with this.
He bragged about it to many peoples.

The creatures name is Anthony Luckman who's fame is;

Death of a 66 year old woman he killed on his motorcycle.

Has a part time twitch if there is an audience, yet rides his bicycle around town like a professional mainly on walkways/sidewalks. Although claiming sickness benefit due to his injuries invented to keep him out of jail for killing the 66 year old woman (his version is she was 50 and ran out in front of him, ed). Claims nerve and brain damage due to this accident whereby he demolished a stone wall with his body  at 40 Miles per Hour (really?,ed).

Portrays himself as a nice guy who likes to talk to people and cares about everyone (no he's not, ed).

Also reported and confirmed he has an agenda against a friend called Gary and many times stated "I have to find a way to get DNA off my boots or buy new ones when I give him a good kicking."

Looking like a hobo/hippie but is a biker and was once a biker with "Heretics" and Hung around with "Outlaws" bikers.

It appears the Anthony Luckman is a coward, bully, two faced and welfare cheater. He likes to persecute indirectly as he has "No Balls" to take direct action and would rather post and talk shit! YEAH RIGHT!

Ed, Remember this deviant when you see him, make sure he doesn't have a hammer with him if you're a female or vulnerable, men need not worry as this coward will not act upon you. 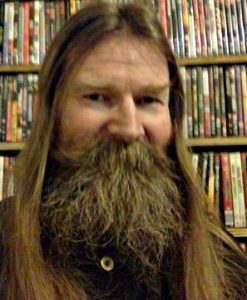 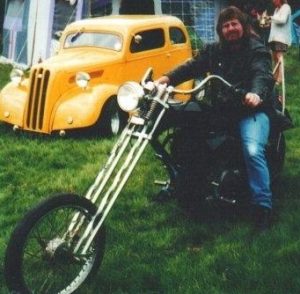 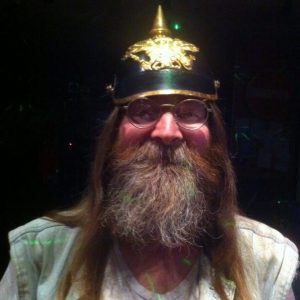 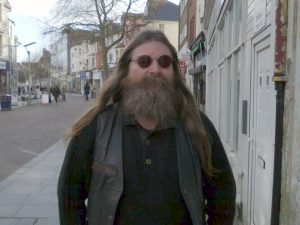 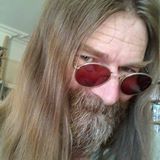